Talks in Istanbul: Is Russia Restricting or ‘Distraction’? 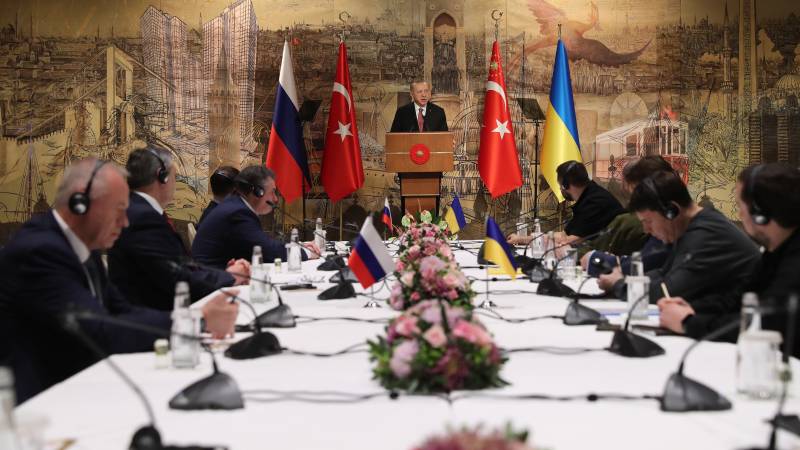 The 19th-century Dolmabahce Palace in Istanbul is today and tomorrow the site of new negotiations between Russia and Ukraine, led by Turkish President Erdogan. Now that previous peace talks in Belarus and Antalya have failed, it is time to end this “tragedy” with a concrete plan, Erdogan said at the start of diplomatic talks. “It is in no best interest to allow the conflict to continue.”

For Ukraine, the highest achievable goal today is reaching a ceasefire, Ukraine’s foreign minister said last night. However, the breakthrough was not expected by Ukraine.

No statement was made on the Russian side about a possible ceasefire. However, Russia said they assumed that the delegation would make progress today, Russia’s state news agency Tass reported. A person involved in the diplomatic talks told the news agency that negotiators were counting on a “milestone result”. But according to a top US State Department official, President Putin appears unwilling to compromise.

The question is also what the Russian delegation considers a milestone. According to British newspapers Financial time, having been presented with a draft document by the four parties involved in the negotiations, the Kremlin has abandoned some of its original negotiating terms. For example, Russia will no longer demand that Ukraine be “denazified”, although what Russia understands by this appears to be a determining factor.

Around Russia’s invasion of Ukraine, the change of power in Kiev appeared to fall within the scope of their “denazification” in Russian eyes, but a Kremlin spokesman also said Russia did not want to overthrow the Zelensky government.