the fourth nominee is England – Eurostory 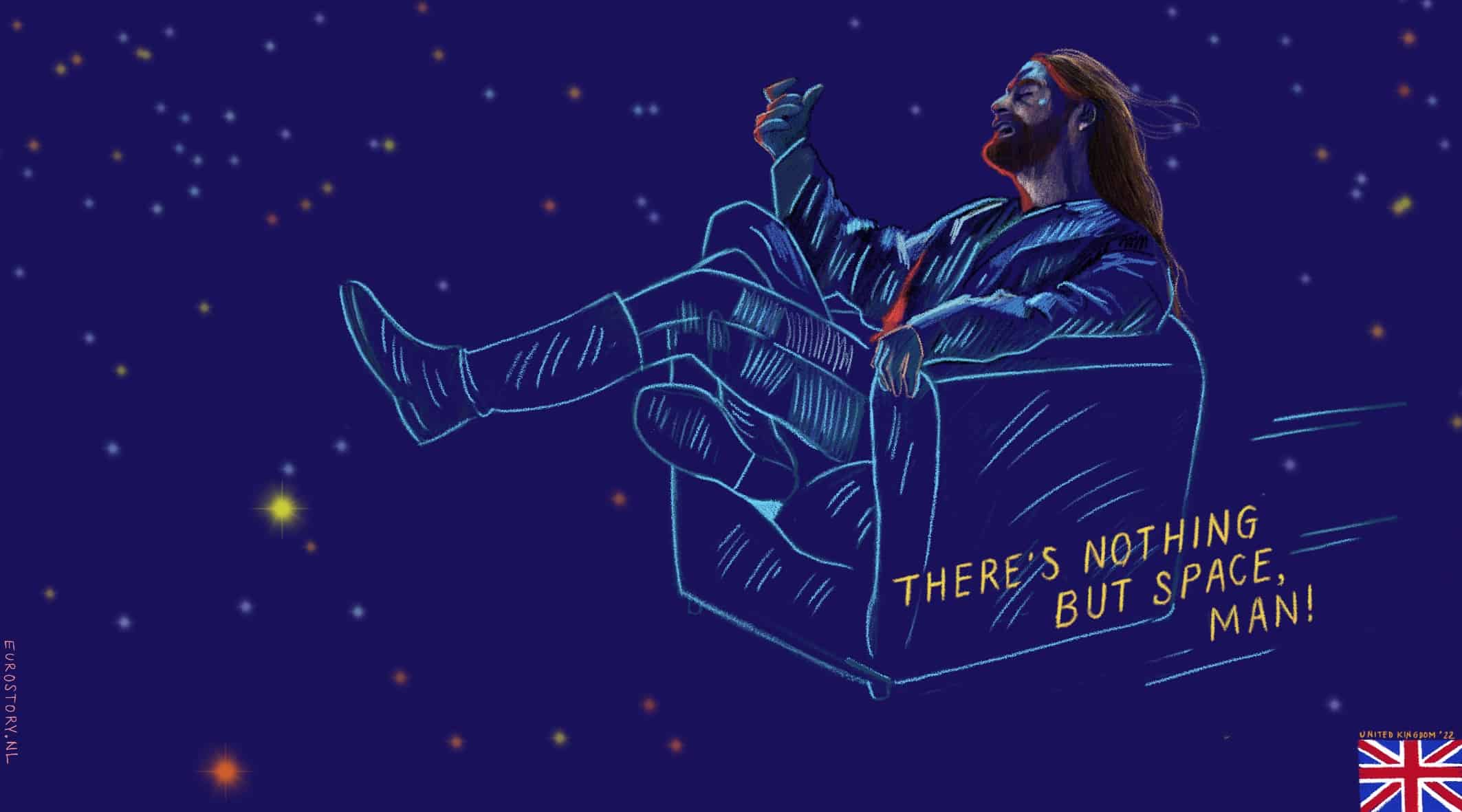 For the sixth time, we present the Eurostory Best Lyrics Award – the prize for the best lyrics from the Eurovision Song Contest. In previous years, the prize was won by Ukraine (2016), France (2017, 2018) and Italy (2019, 2021). This year six countries have been nominated, we will announce them one by one, each time with a specially created illustration by Saskia Halfmouw.

The fourth nominee for the 2022 Eurostory Best Lyrics Award is: Great Britain.

jury report
Do we think this song is about an astronaut? Wrong thinking. But it makes sense, because copywriters do something really clever: they put a comma in between (and you don’t hear it of course). So it’s ‘I’m in space, man!’ And ‘Nothing but space, man!’ The comma makes SPACE HUMAN one of the funniest songs of the year. But sadness isn’t shunned either, because man-I pictured him in outer space because he thought he was no longer suffering there from the heartbreak he suffered on earth. Not that it helps: ‘gravity keeps pulling me down as long as you’re on the ground.’ In the last line, the main character chooses his true goal (‘I want to go home’) – a great conclusion to a good tragicomic text.

All lyrics you read hereright

How is the winner determined?
As in previous years, the winner of the Eurostory Best Lyrics Award is determined in part by online voting, and primarily by an international jury of writers, poets, journalists, editors, songwriters, translators and former song contest participants. As soon as all the nominations are known, polls for the public vote will open. During the week of the Eurovision Song Contest 2022 in Turin, the winners of the Eurostory Best Lyrics Award will be announced. Keep an eye on our website for the latest news!