The rich Russians in England are dealt with: what does this mean for London? 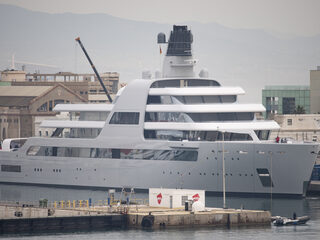 A parliamentary inquiry two years ago suggested that Britain welcomed the Russian oligarchs with open arms, and that Russian influence was the ‘new normal’ in Britain. But now the British government is trying to crack down on that elite. “A lot of those people are there part-time. So you have a house in Moscow, in the south of France, and one in London. And they also send relatives there if necessary. So they have a base in case something goes wrong in Russia. .” said Cooper.

According to him, these people are in all different circles. “You have people at the top, and below that you have people who are in the Putin clique, like presenters on state television, who also have expensive flats there.”

Often they want to keep their money safe, because they don’t trust Putin. “These are people who want to be good friends with Putin, but they also see that things are not going well with other oligarchs. So they park their money in London, through all sorts of opaque companies. So how much money is that? Really? countless. . “

What are these Russians doing with their possessions now? “Most have not been sanctioned,” Kuper said. “But what they’re trying to do is sell fast, before the sanctions kick in. Because if your house gets penalized you can’t sell it. They’re trying to get out of there fast because they’re afraid England will do it eventually wake up.”