Zelensky to the Chamber: Stop all trade with Russia and give us more weapons 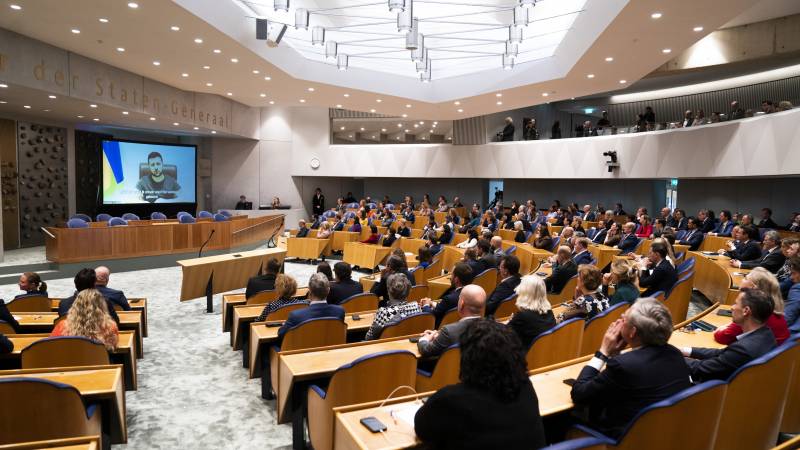 The Netherlands must stop all trade with Russia and prepare to boycott Russian gas. Ukrainian President Zelensky said this to the House of Representatives. He spoke to politicians via video link.

He pointed out that by buying Russian gas, the Netherlands contributed billions to the war waged by Putin. “Stronger sanctions are needed so Russia has no chance of continuing the war in Europe.”

Zelensky also asked the Dutch government to supply Ukraine with more weapons, in addition to the resources already delivered. “You are the leader in supporting us, but we need more weapons to chase the invaders.”

In his speech, the Ukrainian president referred to events in the Netherlands’ past, such as the bombing of Rotterdam in 1940 and the downing of flight MH17 in eastern Ukraine. “That action is unforgivable. Those who gave the orders must be held accountable.”

Zelensky also refers to April 1, 1572, when water beggars expelled the Spaniards from Den Briel. “Tomorrow you will commemorate the overthrow of tyranny 450 years ago. The tolerance and diversity it created in Europe is now under attack.”