Why France is so angry with US, Australia and UK defense pact 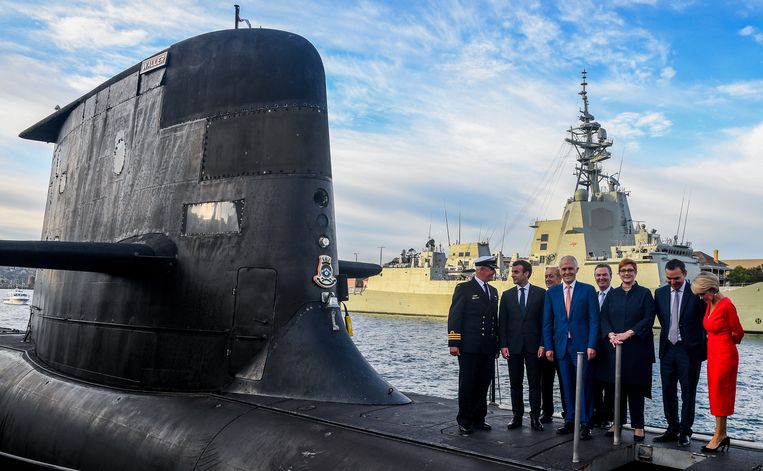 On Friday evening, France recalled its ambassadors from the United States and Australia, outraged at the defense pact the countries had signed with Britain over the Indo-Pacific region. An unprecedented diplomatic response.

Fraud, fraud, humiliation and a grave breach of trust – French Foreign Minister Jean-Yves Le Drian made no secret of his anger, on Saturday evening broadcast on television channels France 2. With the announcement of the defense pact, the United States and Australia have entered a ‘serious crisis’ with France. According to the minister, this justifies the withdrawal of the French ambassadors in both countries. Withdrawing from London, also involved in the pact, would be pointless, according to Le Drian. “We know their permanent opportunism. After all, Great Britain is the fifth wheel here.’

The French move was unprecedented; this is the first recall of ambassadors from the United States and Australia. A symbolic move that is also unusual between friendly countries. “We hereby want to show our partners that we are very dissatisfied,” explains Le Drian of the measure. ‘In a real alliance we talk to each other, we respect each other. That’s not the case here.’ According to the minister, he had been notified by the Australian side an hour before the announcement. Although the United States also said it had been in prior contact with France, Paris condemned the “unilateral, brutal and unexpected” decision. “Biden’s method is similar to Trump’s,” said Le Drian, “but without the tweets.”

‘Contract of the century’

The defense pact announced between the United States, Britain and Australia ended the deal France had with Australia for the delivery of twelve submarines. The ‘contract of the century’, as the deal is dubbed in France, is more than an economic matter. It is at the heart of France’s Indo-Pacific strategy. As the French Ambassador to Canberra emphatically put it: ‘It’s not about contracts, it’s about partnerships based on trust, mutual understanding and sincerity.’ France now feels betrayed in that partnership.

The French have long sought to expand their influence in the Indo-Pacific, a region where tensions between China and the United States converge. France also has several overseas territories, such as French Polynesia and New Caledonia. In recent years, France has been strongly committed to strengthening diplomatic ties, with an emphasis on Australia. The delivery of the twelve submarines is a key part of that rapprochement, French President Emmanuel Macron underlined again last June when he received Australian Prime Minister Scott Morrison on the lysée. The exchange of knowledge and technology will bind the two countries in the coming decades.

The fact that the Franco-Australian deal is now being scrapped shakes up strategy in the Indo-Pacific region, according to French media. Moreover, it puts a strain on relations between Washington and Paris. Gérard Araud, France’s former ambassador to the United States, spoke of the worst diplomatic crisis since Iraq in 2003, when France refused to participate in the US war in Iraq on the grounds that the attacks were illegitimate and illegal.

After a chaotic and uncoordinated departure from Afghanistan, this deal is another warning for Europe to work on its own strategic sovereignty, the French newspaper said. World. This is the message that President Macron has underlined inside the EU for some time. According to the daily, the new Anglo-Saxon alliance to keep pace with China’s growing power raises ‘existential questions’ about Europe’s position in the world.