Why Britain would send illegal migrants to Rwanda 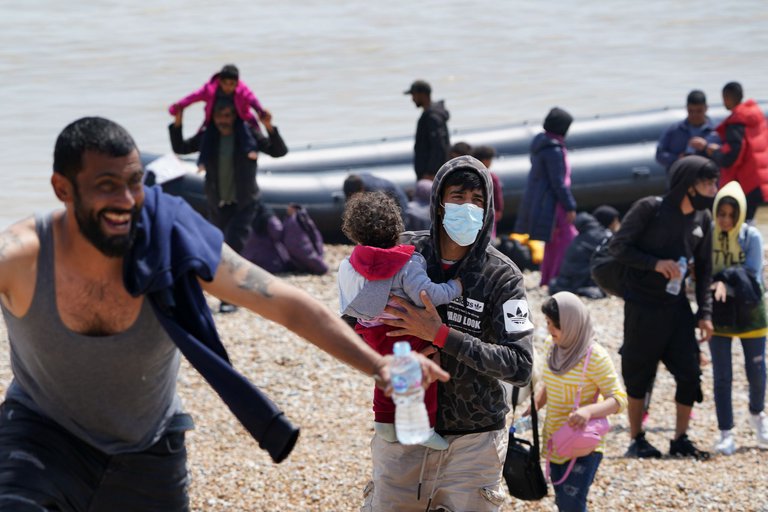 Boris Johnson’s government has suffered a political failure. The British Prime Minister has seen how, 30 minutes from the deadline, the European Court of Justice ordered the first plane to transport illegal immigrants to Rwanda, an African country slightly larger than the Valencian Community, with a questionable human rights reputation.

A last-minute intervention by the European Court of Human Rights (ECHR) prevented a plane with seven refugees entering the UK illegally being taken to the African continent, where the Rwandan government is waiting to provide accommodation for them, after an Executive spokesperson offered a splendid version of the conditions on the ground. where the migrants will live.

The ECHR issues an order to disable aircraft in the UK. On board were an Iraqi, an Iranian, a Vietnamese and an Albanian passenger, while a British court recognized the appeals of three other migrants whose expulsions were scheduled. About 30 minutes before takeoff, the flight was cancelled.

Among the main causes of the order was the justification provided by the United Nations Refugee Agency (UNHCR), which argued that “asylum seekers transferred from the UK to Rwanda will not have access to fair and effective procedures when determining their refugee status.” ”, a position held by human rights organizations and the Anglican church.

Why does the UK deport migrants?

Since Britain’s exit from the European Union was negotiated, one of the starting points for the Government was to free itself from public scrutiny and restore “autonomy” at its borders. In recent years, the number of migrants crossing the English Channel on an irregular basis has increased, in 2021 the figure will exceed 28,500, and so far this year it has exceeded five thousand.

Prime Minister Boris Johnson’s political well-being now hinges on the Euroskeptic Conservatives, after he survived an attempted internal no-confidence vote over the scandal. party gateso the decision to deport migrants weighs on partisan levels and even elections, as many Britons have recently taken a dim view of the rise in illegal migration.

The UK first considered deporting these hikers, most of whom had crossed dozens of countries on foot to reach the islands, to Albania, but then considered the possibility of using a country outside Europe, due to various factors including economic convenience. The first option was Ghana, which rejected the offer, considering the admission illegal, because the migrants had applied for asylum in the UK.

After receiving the pumpkin from Tanzania, Britain saw Rwanda, a landlocked neighbor considered by government supporters as “African Switzerland”, as the best option. Kigali accepted a deal that included financing of 144 million euros in return for accepting most of the asylum seekers entering through the English Channel.

economic prosperity vs. crimes against humanity

After the deal closed, the rejection of the human rights defender’s platform was imminent. In 2018 a group of refugees from the neighboring Democratic Republic of the Congo applied for asylum in Rwanda; According to the organization Human Rights Watch (HRW), at least 12 of these migrants were shot dead by police, and others detained, for peacefully protesting outside UNHCR headquarters, because the UN had announced that they would reduce their food rations. given to refugees.

A police statement confirmed the deaths of five protesters and 20 injured. In 2019, Amnesty International and HRW put the number of refugees sentenced to prison for participating in the demonstrations at around 60 people, many of whom were accused of damaging “Rwanda’s international image”.

The UK government will continue its plans to deport migrants who enter Rwanda illegally so they can process their asylum applications from there.

A Despite the fact that President Paul Kagame, who has been in power for decades, has managed to improve the country’s image after the 1994 genocide, in which the Hutu government killed 800,000 people from the Tutsi ethnic group, several human rights observatories are still focusing on arbitrary arrests. , enforced disappearances and illegal executions of regime opponents.

Idyllically, Rwanda presents itself as hope for Africa, at least for the West. The country enjoys good economic health, has received large investments from the World Bank, and special attention has been paid to social progress such as reductions in infant mortality, increased life expectancy (from 29 to 69 years), near-universal enrollment in primary school or reduction of poverty to 55% in 2017. @worldwide