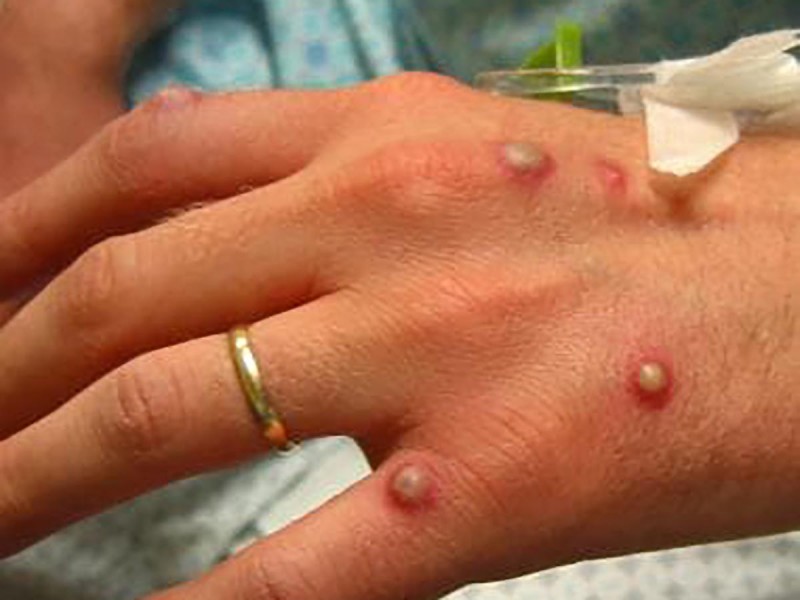 Initial confirmed cases of monkeypox in Englandfirst country to warn WHO the disease before possible infection is detected in ESpain, Portugal and the United Statesassociated with West African variantless serious, confirmed this May 19, the World Health Organization (WHO).

In a follow-up report on the situation in the UK, which does not echo cases in other countries, WHO explains that the West African variant has 1% death, meanwhile Central Africa rises to 10%.

People who are at risk for monkeypox

The Geneva-based organization warns that this disease, which is transmitted through droplets or direct contact with contaminated skin or objectsposes an additional risk for children and pregnant women, who can transmit the disease to the fetus.

WHO shows that smallpox vaccine Conventional medicine is quite effective against this disease, although since the disease was eradicated 40 years ago and immunization campaigns ended soon after, the younger generation has not had that protection.

In its report, the agency recommends that anyone who becomes ill after returning from a monkeypox endemic area, notify medical services.

Travelers to risk areas and residents there should avoid contact with dead and sick animals, especially rodents (the main vehicle for transmitting the disease), marsupials or primates, added the WHO, which also advises against consuming game or the meat of wild animals in the area. the. .

WHO chose at this time not to recommend restricting movement to the UK, and reminded the importance of hand hygiene to reduce transmission of infectious diseases.

The UK’s first confirmed case had been in hospital since 6 May, the disease was diagnosed on 12 May, and three days later the WHO was notified of several cases in the country.