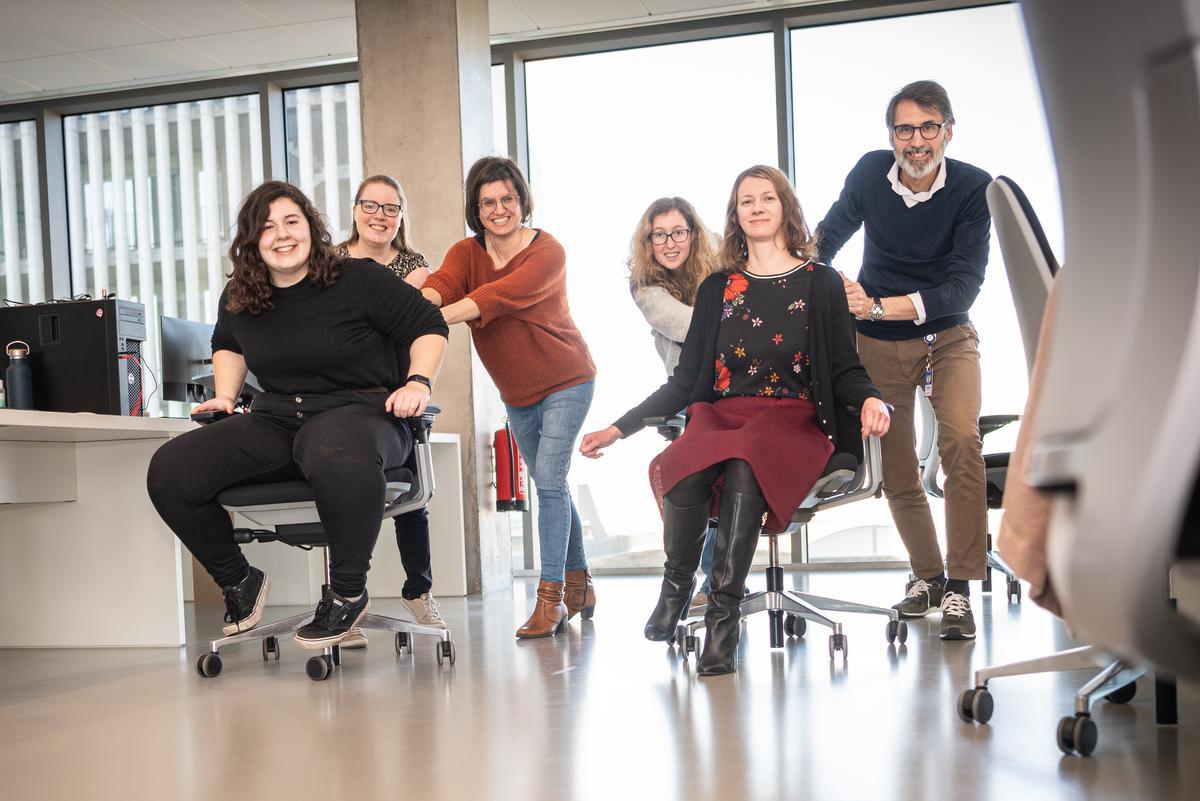 Put more women into jobs in the ICT sector. That is the great mission of Skyline Communications. Top players from Izegem now employ only 14 percent women with 350 employees, good for nearly fifty female employees. That number will increase significantly in the coming years, said co-manager Frederik Vandenberghe. “We want to evolve to thirty percent in three years,” he said.

Skyline Communications is the absolute pinnacle of the ICT world. The company was founded in 1986 and grew from one of the references in terms of developing a technology ecosystem that must facilitate global communications. Among their customers, we see top players like Telenet, Proximus and VRT, but Skyline Communications is also internationally renowned. a concept. MTV and the International Space Station, among others, use Izegemnaren. “We also participate in OneWeb, a project in which a constellation of more than five hundred satellites around the world should provide everyone with internet access”, explains Frederik Vandenberghe (46). He heads the company, which his father Leo founded at the time, along with brothers Ben (48) and Bert (42). Skyline is active in more than 125 countries and, in addition to its headquarters in Izegem, has two offices in Portugal and a branch in Miami, and Singapore. Several dozen more agents work around the world. All together good for about 350 employees, of which 14 percent are women. And that number should increase, the company believes. We’re almost exclusively seeing men show up at job fairs, and that has to change. “This can also be seen from figures from the European Union which show that only 17% of the ICT sector consists of women workers. We want to change that, starting with ourselves, and changing the one-sided image of our sector.” Men’s sector The West Flemish technology company recruited Rise, a non-profit organization committed to gender diversity in the tech world. Rise has made a lot of progress in the UK, the US and much of Asia,” continued Frederik. “You notice that the so-called Big Tech companies in those countries are much better at gender diversity. They now also want to better represent women in Europe and we are the ideal partner for that.” “As an international technology company with employees around the world, we bear a huge responsibility to actively contribute to gender diversity. The technology sector is lagging and that has a lot to do with the image of the sector: due to the lack of female role models, women are less motivated to take ICT courses and therefore also to find work in our sector. at every job fair, where we are presented with an almost entirely male landscape. Recently a group of students came to visit here. It concerns 35 young people, including almost one woman. We couldn’t have gotten a clearer signal that urgent action was needed.” Skyline also believes in the added value that women offer. “You get different views on certain things and at the same time more women’s teams can help start the war for talent. The IT world is an exciting sector in every way: well paid, creative and challenging. The ICT sector has a lot to offer both men and women.” Skyline Communications originally wanted to tackle the one-sided male image of the job. “Our partnership with Rise is the first step in the right direction, but we also want to make a difference as a company. One of our most recent initiatives is our new recruitment campaign, where we are primarily focused on diversity within our organization.” “Currently we have about fifty vacancies around the world that we want to fill. We’d like to see this mostly filled by women. In an ideal world, even completely, although we also recognize that this is still a utopia for now.” Kids camp, car wash,…Skyline has invested heavily in a good balance of work and personal life. “We are trying to relieve our people as much as possible. For example, a car wash service visits the company on Fridays and we also have our own ironing service. Our team is also able to order hot dishes at work through catering to take home in the evenings and during school holidays we host Skyline Kids Camps.” “We are doing everything we can to ensure that our team starts off as comfortably as possible. Another example: our American colleagues are granted three months of maternity leave, while this is not clear to them at all. More gender diversity fits well with an inclusive work environment where everyone is welcome, regardless of age, origin and religion. As international players, we want to see the world reflected in the workplace.” In three years they hope at Skyline Communications that 30% of salaries will be made up of women. “That would be great. Apart from that, we also want to have a dialogue with colleges and universities to make training more attractive to women. Because that’s the basis of this whole mentality change.” Info: skyline.be/jobs