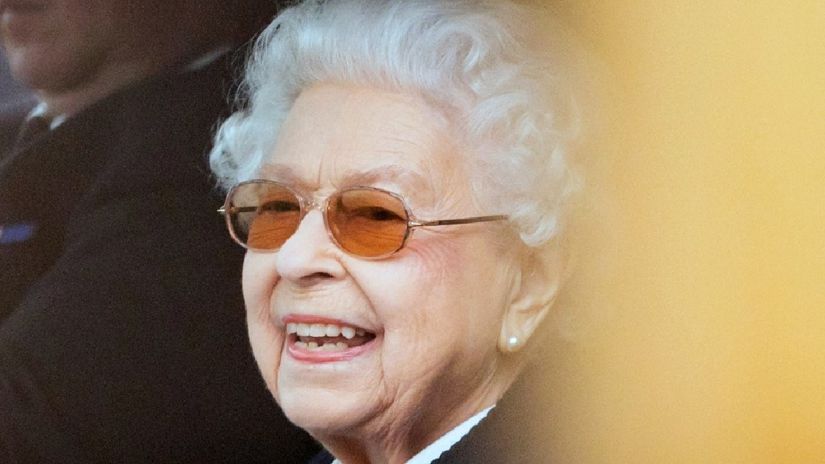 Queen Elizabeth II can be seen smiling at the prestigious equestrian competition in Windsor on Friday, in this image released seeking to allay concerns about her health just days after she was succeeded by her son Charles at a landmark parliamentary appointment.

Passionate about horses, the 96-year-old queen was photographed smiling and relaxed as she arrived by car at the “Royal Windsor Horse Show” near windsor castleabout 40 km west of London, where he has lived since the start of the pandemic.

Wearing tinted sunglasses and a navy cardigan, he was seen sitting in the front seat of a Range Rover. From the lowered vehicle window, he could be seen exchanging words and laughing with a small group of people.

Due to mobility issues and following her doctor’s advice, Elizabeth II stepped down on Tuesday to deliver the traditional address from the throne that marks the start of a new parliamentary session each year.

It is the third time he has missed this important constitutional appointment in his 70-year rule and the first time he has been succeeded by his son Carlos, the 73-year-old crown prince, taking a new step in a progressive transition. the monarchy functions because of his growing health problems.

In recent months, his public appearances have become very rare, he is seen walking with a cane and complaining that it is difficult for him to move. According to the British press, he uses a wheelchair personally.

The queen’s health has been a concern since she spent a night in hospital in October undergoing “tests” of an undetermined nature. He also contracted the coronavirus in February, which he said left him “very tired”.

His previous public appearance was on March 29, on the occasion of a mass at London in honor of her late husband, the prince philipwho died at the age of 99 in 2021.

His absence from the throne address has raised questions about his participation, in early June, in the “platinum jubilee” celebrations marking 70 years of his reign, a record for a British monarch.