The call for Go Ahead fans is heard: Andries Noppert in Orange! 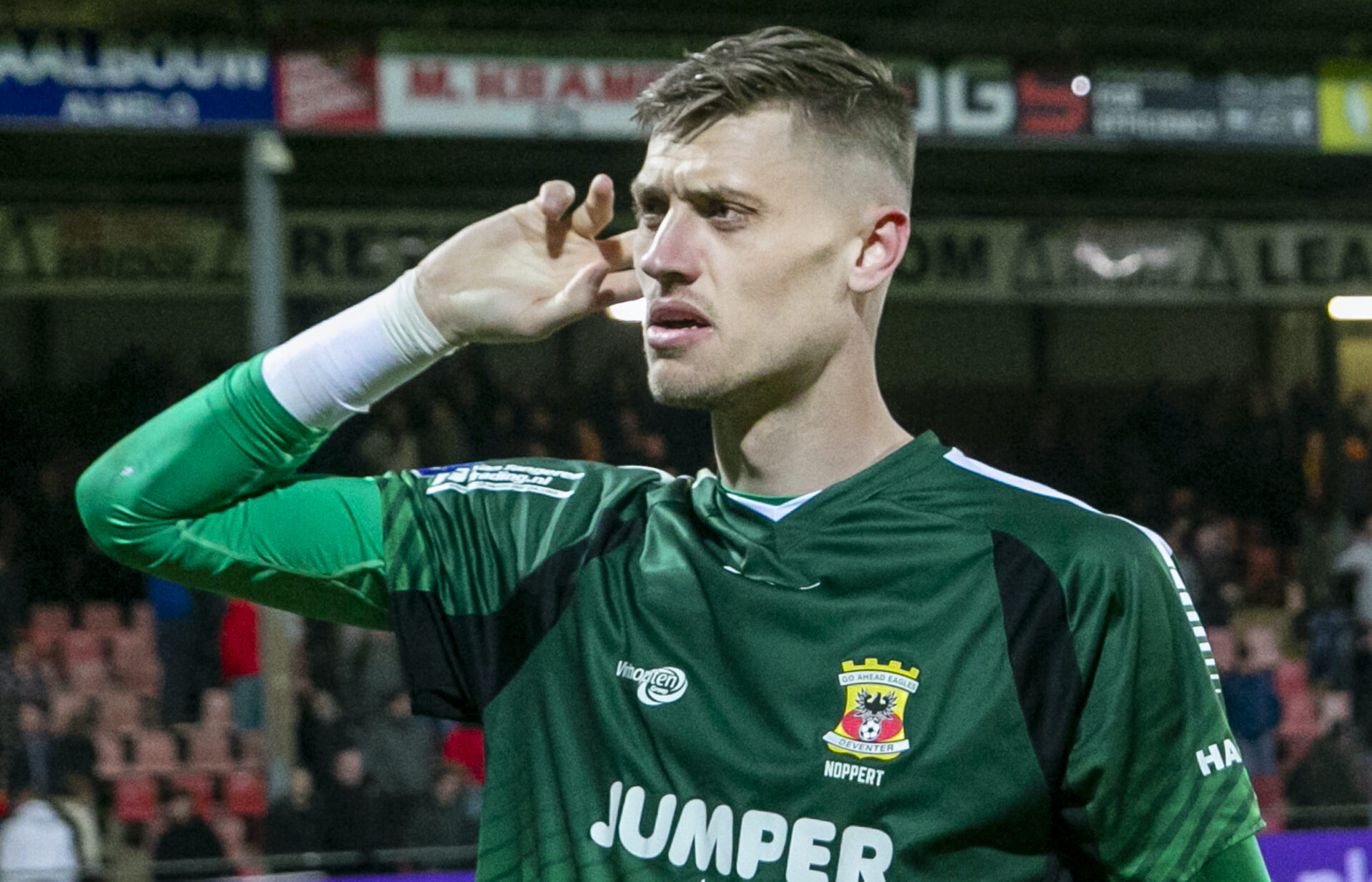 After several excellent saves by Noppert, against Willem II, among others, ‘Noppert in Orange’ echoes through Adelaarshorst. National coach Louis van Gaal didn’t call, so the Go Ahead Eagles and clothing supplier Stanno rolled up their sleeves.

Call Zeist
Stanno arranged an all-orange uniform for Noppert. According to the protocol, you must contact the KNVB for approval when changing clothes. He got Go Ahead Eagles. In the away game against Fortuna Sittard on Sunday, Noppert stood out more.

Charity
Now we hear you think: ‘what nonsense’. But that’s not it. We were on King’s Day night and that’s why Noppert was dressed in orange. Noppert’s uniform will also be auctioned off for charity. The money will be donated to Regenboogijsje Pleun, an organization committed to researching Batten’s disease. That’s a deadly metabolic disease for children.