Rwanda to accept asylum seekers for UK: ‘How ethical is this?’ 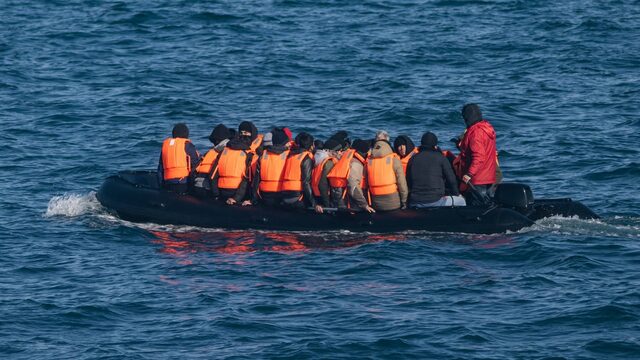 Rwanda, which is part of the Commonwealth of Nations, formerly the British Commonwealthright will receive GBP 120 million (over EUR 140 million) for a pilot project in which asylum seekers are flown into the country while their asylum applications are assessed. The scheme will primarily target single men arriving in the UK via The Channel.

With a pilot project in Rwanda, the government is trying to deliver on promises that Brexit will mean control over Britain’s borders. Last year, 28,526 people crossed the English Channel in small boats. This year 4578 was added. About 600 people made the crossing yesterday.

The new migration plan was met with much protest. Reference is made, for example, to Rwanda’s poor human rights record. Last year, Britain itself demanded that the United Nations investigate killings, disappearances and torture in the East African country.

“I thought it was a bad joke at first, sadly it has been confirmed,” Abingeneye said. “Rwanda is also known for its many PR stunts. Image is very important. If we look at what this means: we know how high pressure is on European countries around migration and asylum requests. If Rwanda can now position as that champion in that case, we can certainly expect more money for Rwanda.”

“This is certainly not the first time Rwanda has made such a deal. If we look at what happened then, my question is: how come the UK is still closing such a deal today,” Abingeneye said. “A few years ago, Rwanda made a deal with Israel. They sent around 4000 people between 2014 and 2017. The UN is talking about 8 people who are still present in Rwanda today. The others don’t live in Rwanda, but fled to Europe So they are right -really taking the more dangerous route.”

“There are even testimonies that say they were left to their own devices. They were given no papers, no chance to rebuild their lives. We can learn from the past, but this doesn’t seem to matter. Because I’m looking at 2022. England will make the same deal,” Abingeneye said.

“It’s meant to be a way of preventing people from going to the UK. That would work, but how ethical is this? It’s about a certain type of refugee. I’m more of the impression that this is a maneuver to get rid of refugees. refugees they don’t want. This isn’t the first time we see something like this happen. How can this still happen in 2022?”