Russian crew stuck in Amsterdam port: “They had a really hard time” 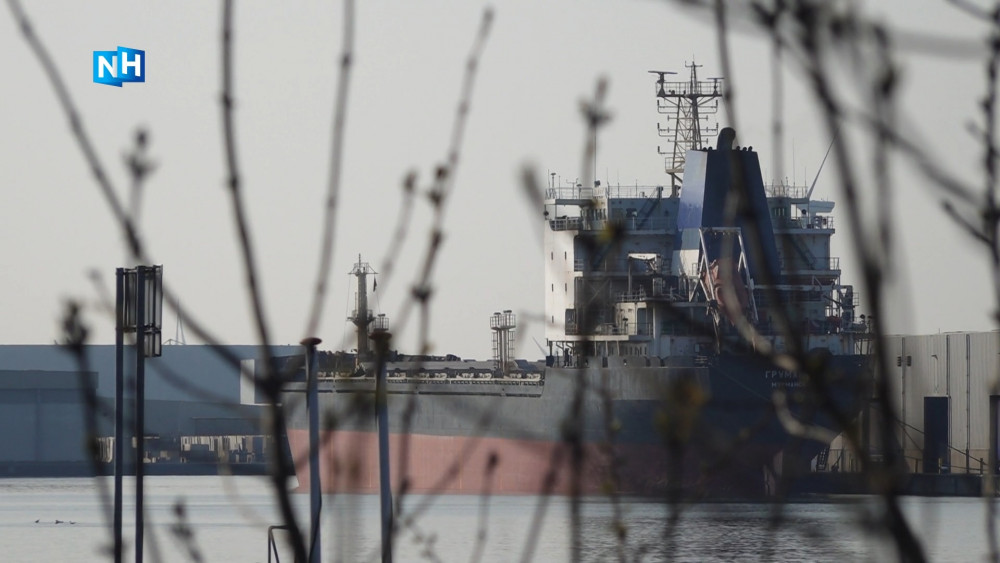 Dozens of Russian sailors have been stranded in the port of Amsterdam for nearly four months. Their ship Grumant arrived in late November, but was still moored at Suezhaven. The ship is being repaired and there appears to be a financial problem.

The crew also paid attention to the consequences of the war in Ukraine: due to worldwide sanctions against Russia, bank cards no longer worked and there were problems with salaries.

You can see Grumant from Zeemanshuis. Almost no movement on the deck. Zeemanshuis is a place where sailors can have a drink, play pool or just chat. “But the free wifi is really the attraction,” said port minister Leon Rasser with a laugh.

The text continues below the image:

Rasser goes on a visiting ship, or talks to the sailors on the Zeemanshuis itself. “I’m in charge of mental well-being, for people’s feelings. I’ve been trained to listen. And it often makes people okay when they’re listened to.”

By the way, we talked to the priestess in the empty Zeemanshuis. Some Russians who came were waiting outside until we left. They don’t want to be filmed. According to Rasser, they were afraid to say the wrong thing. “They’re a bit embarrassed by what’s happening on behalf of their country. And since they work for a Russian shipping company, they shouldn’t say out loud that they don’t support war.”

The text continues below the image:

Russian ships entered Amsterdam long before the war in Ukraine began. But the Grumant crew also felt the consequences of sanctions against their homeland. According to Rasser, they were having a really hard time. “Then, for example, their bank cards don’t work anymore. Or do they have a hard time getting a paycheck at home.”

The port of Amsterdam is trying to help Russia as much as possible, said Jordy Husslage, head of Amsterdam Port Operations. “We’ve seen that most need to call home, but that’s sometimes not possible because their phone number no longer works. So we bought a SIM card and shared it.”

According to Husslage, only one ship sailing under the Russian flag arrived after February 24 – the day Russia invaded Ukraine. Last year, about thirty Russian ships stopped in Amsterdam.

According to Husslage, the port of Amsterdam has not been denied access to ships from Russia. “We are following European policy. If the EU decides not to allow any more ships – as it did in the UK, for example – we will follow suit. But that hasn’t happened yet.”

Of course, there are still many incoming ships that may not be Russian ships, but there are Russian ships on board. They are sailors. So are the Ukrainians. So it was only natural that Russians and Ukrainians had to work and live together on ships for months.

Harbor Reverend Rasser was on such a boat last week. “Half from Ukraine, the other half from Russia. Overall, you can see that things are going well. You usually see that they want to distance themselves from what’s going on politically.”

“We don’t really talk about politics”

It was also the voice Husslage heard. “Quite tame on the ship. There wasn’t really any talk of politics. No debate, but the topic was avoided.” Temporary visitors are also assisted as much as possible by the port, such as with a SIM card to be able to call home.

All ships calling in Amsterdam want to load or unload as quickly as possible and then leave. Ships that sail earn money, ships that dock lose money. In that sense, Grumant is doing bad business. And the crew was bored to death, while their country was at war. A visit to the city is also impossible, according to the port minister: “They went once or twice, then the money was gone.”

It is not yet known when Grumant will return to his home.

Don’t want to miss something from Amsterdam?

Looks like a typo? Let us know at [email protected]