Preview: will De Vries and Frijns shine in 2022? 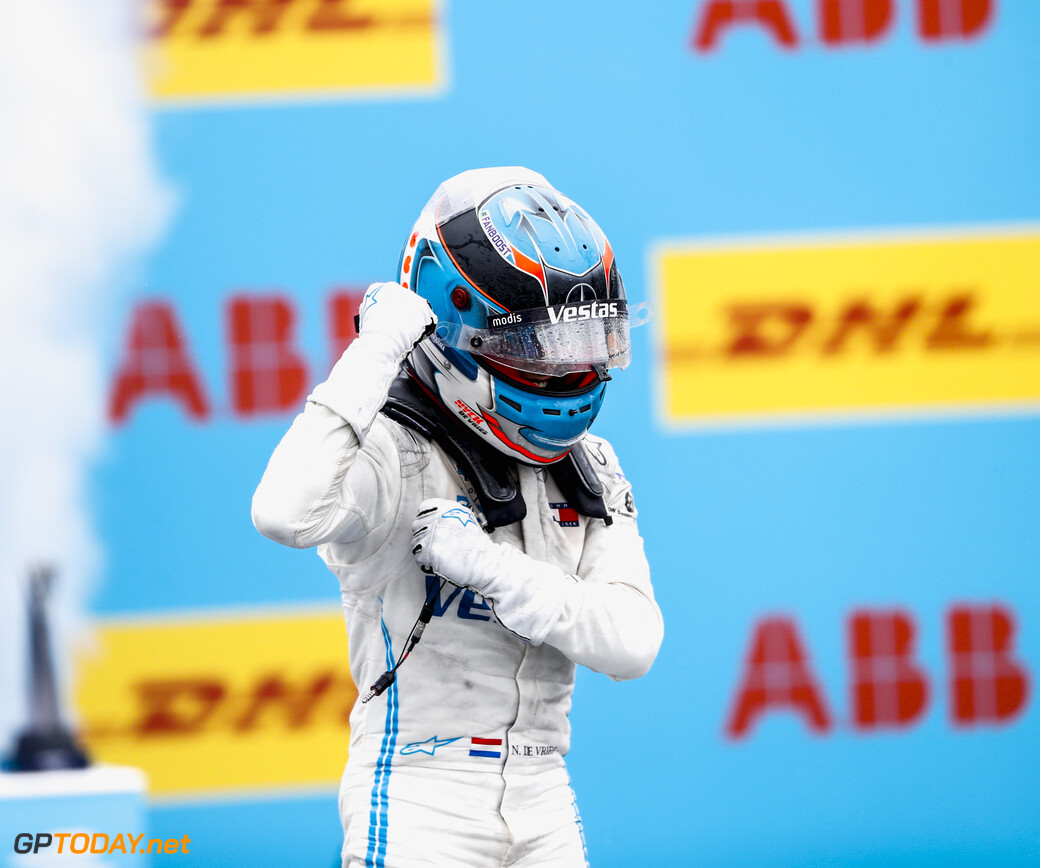 The first E-Prix of the new season will kick off in Saudi Arabia on Friday evening at around 6pm with reigning champions Nyck de Vries and Robin Frijns at the start. In this article a preview with the most important information.

Just like in 2021, two Dutchmen are back in Formula E: De Vries and Frijns. De Vries will look to successfully defend his title with his Mercedes-EQ team. The former F2 champion will not start with number one in his car, unlike world champion Max Verstappen in Formula 1, but with his own starting number #17. Just like last season, former McLaren driver Stoffel Vandoorne is his teammate. Together they won the first constructors’ championship for the German car manufacturer. Mercedes will say goodbye to the electric series after 2022.

Frijns can once again be admired in the colors of Envision Racing, the home of the race still known as Virgin Ening Racing in 2021. The Dutchman is driving with starting #4 and is hoping to win the world title again.

Other participating fields have required shifts. Oliver Askew, fondly known as IndyCar, will make his debut, as will former F1 drivers Antonio Giovinazzi and Dan Ticktum, who will still be racing in Formula 2 in 2021. Tom Blomqvist and Alex Lynn have left the sport and gone into their laps at Le Mans Series partner IMSA in America. Union. René Rast returns to his old love, DTM. The German has won the championship three times in this class. Former FE champion Lucas di Grassi transfers to Venturi Racing, Maximilian Günther swaps Andretti Autosport for Nissan e.adams and Oliver Rowland leaves Andretti Autosport and sits at Indian Mahindra Racing.

Some changes in the team too. Audi and BMW have said goodbye as factory teams, but they still supply powertrains for other racing stables. and BMW-i Andretti Autosport has been renamed Avalanche Andretti Formula E. Jaguar Racing has secured a new sponsor, Tata Consultancy Services, and rides under the name Jaguar TCS Racing.

Below all the teams and racers in a row:

New Jakarta, Vancouver and Seoul on the calendarR

The 20 drivers will once again travel the globe for the FE World Championship. There are some adjustments in the 2022 calendar compared to the previous season. For example, races in Jakarta (capital of Indonesia), Vancouver (Canada) and Seoul (capital of South Korea) have been added to the schedule.

E-Prix’ was also planned for a new season in Cape Town (South Africa) and in China, but was canceled due to the coronavirus pandemic. Valencia (Spain) and Peubla (Mexico) have disappeared from the calendar, while the E-Prix in Mexico City is back after a year.

Starting this year, prior to qualifying, the drivers will be divided into two groups of eleven people, based on the championship standings. Both groups have ten minutes to set the time. The top four from both groups advance to the knockout stages, which include four quarter-finals, two semi-finals and one final. The winner of the final starts from pole position, while the loser starts from the second place. The losers of the semifinals start third and fourth, with their time in this round determining their order. The losers in the quarter-finals range from fifth to eighth, with their time in this round determining their order. Drivers who do not qualify for the quarter-finals occupy the remaining positions. Drivers in the final winning group start from odd positions and drivers from other groups from even positions.

During the race, the time specified under a ‘full yellow of course’ or behind the safety car is compensated. For every minute the race is neutralized, 45 seconds will be added to the 45 minutes the race normally lasts. If neutralization continues until, or occurs during or after the 40th minute of the race, no extra time is added to the race. With this, the organization hopes to prevent a situation like the one in Valencia in 2021. In the final phase of the Spanish E-Prix, many cars stopped after neutralization due to empty batteries.

The racer with the fastest time in Q1 gets 1 point. The driver who scores pole gets 3 points.

The E-Prix lasts 45 minutes plus one round. Racers do a warm-up lap before starting standing.

During the race, racers have 220 kW at their disposal under normal circumstances. In 2021 it will still be 200 kW.

the driver can use this mode to use an additional 30 kW to overtake competitors. Attack Mode can be activated in a special place on the track (usually outside wide bends). Every driver must use Attack Mode. How often Attack Mode should be used may vary per match. Typically, riders have two Attack Modes lasting at least three minutes at a time.

Formula E wants to engage fans in racing through the use of ‘Fan Boost’. Fans can vote for their favorite racer from six days to fifteen minutes before the race. The racer with the most votes will then receive five seconds of extra power in the second part of the race.

The match will be broadcast live on Ziggo Sport Racing and Eurosport 2.