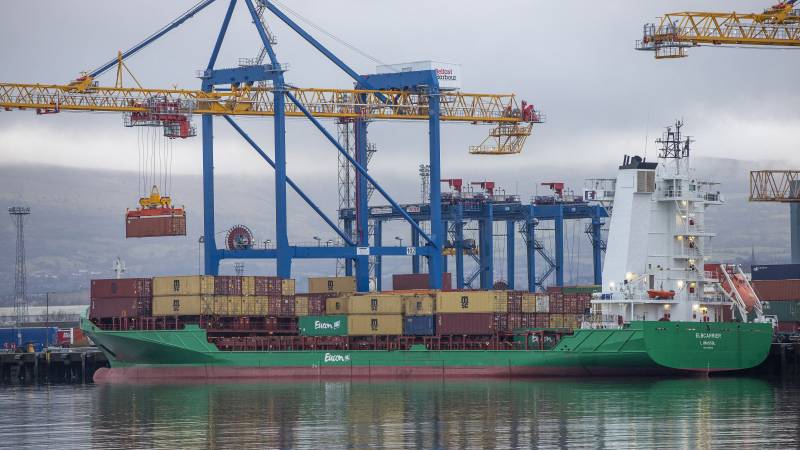 “Our governing body is once again put to the test,” Prime Minister Givan said in announcing his decision. The reason, he said, was the deal made between the European Union and the United Kingdom (UK) during Brexit jeopardizing peace in Northern Ireland.

British media reckoned with election action by Givan’s pro-British DUP party. There will be general elections in May. The DUP is still the largest party, but is 8 percentage points behind Sinn Fein in the polls.

The Brexit agreement states that goods, such as food and medical products, brought across the Irish Sea from mainland England to Northern Ireland, which is also the UK, must be inspected. This is to determine if they meet EU quality requirements.

Without these controls, these products could easily be smuggled illegally from Northern Ireland into the Republic of Ireland and from there spread further across the EU.

Givans DUP also strongly opposes economic separation with Great Britain, while Catholic Sinn Fein supports the Brexit agreement. Without the deal, border controls would have to be reintroduced at the border with Ireland. Sinn Fein is against that, as he is fighting for a merger with Ireland.

The DUP agriculture minister raised the issue yesterday by announcing that he wants to lift control at ports of goods from Great Britain immediately. Meanwhile, inspections continue.

The UK government also wants to get rid of it and is negotiating with the EU. He did not distance himself from the intentions of the Northern Ireland minister of agriculture.

The European Commission, Republic of Ireland and Sinn Fein strongly disapprove of this move. This is also the reason for Sinn Fein to end his collaboration with the DUP in the Northern Ireland government.