Jérémie Makiese leaves for the Eurovision Song Contest: “Win, why not?” 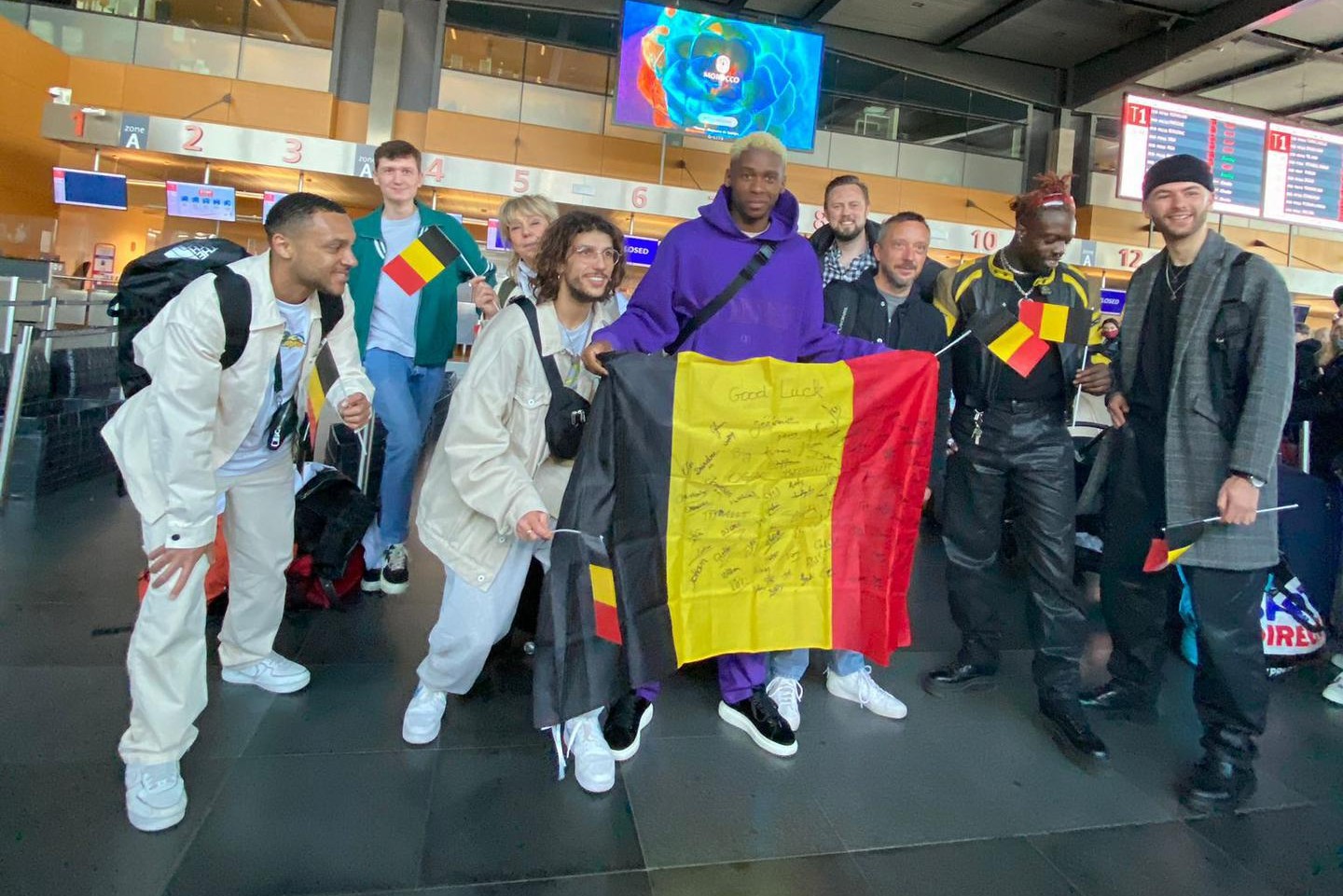 Jérémie Makiese (21), our Belgian entrant for the Eurovision Song Contest, leaves for Turin on Monday. He will start his participation next week and try to score a ticket to the grand final. He didn’t hide his ambition at the airport. “Win, why not?”

READ ALSO. Can we finally win the Eurovision Song Contest again? Here’s what the experts have to say about our posts

He was on stage at MIA’s on Saturday – to hand out one, not (yet) to get one – and seemed to be enjoying the afterparty. But that Monday morning again back to business for Jérémie Makiese. At the Charleroi airport, the singing goalkeeper and his entourage boarded a plane to Turin, with strong encouragement from his family. Two semifinals of the Eurovision Song Contest are scheduled for next week. Makiese went up on Thursday, in the second semifinal, and then tried to secure a place in the grand final on Saturday.

READ ALSO. This is the Belgian entry for the Eurovision Song Contest in Italy

“We are ready”, sounded determined after eight months of preparation. Makiese goes to Italy with the song Miss you, but is still tight-lipped about what the action will be like. That should become clear on Tuesday during his first practice.

No nerves, Makiese said. The sound issue from last week is also gone. Due to too much effort, he developed an infection in his vocal cords, and he had to remain silent on the orders of his singing coach. That’s why he wasn’t allowed to appear on Cooke & Verhulst . Showdidn’t Makiese point out in the departure hall that she no longer has problems with the choir Miss you – includes high notes.

“I enthusiastic“, he told the press present. “I have a special feeling in my stomach, I want to give my all. My ambition? I want to be the best representative of our country. And win, why not?”

This year, forty countries took part in the Eurovision Song Contest. Ukraine is the favorite among bookmakers, although the political situation seems to play a role in this. Russia is not welcome because of the invasion of Ukraine. Makiese named Italy – who won in 2021 with Måneskin – and Great Britain as his biggest competitors. In the predictions, he himself was in the seventeenth place.