“If you want peace, only prepare and prepare for war” 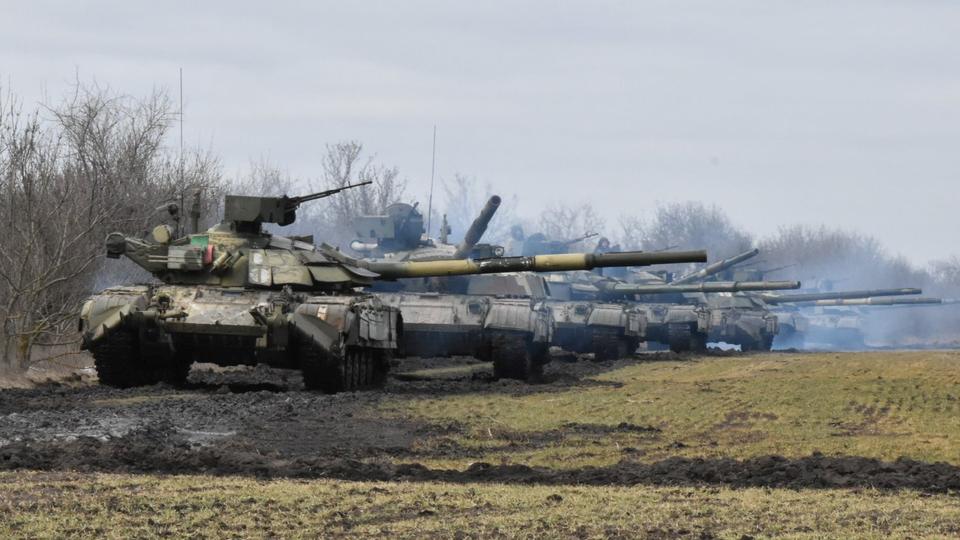 In recent weeks, international tensions between the West and Russia have reached a peak as a result of the large rally of Russian troops on the border with Ukraine.

Both the United States in France said an attack was “imminent” . On Wednesday , however, the US government said it would no longer use the term “imminent” because “it expresses a message we did not want to send, which is that we knew that the (Russian) president (Vladien) had made a decision. This is also the result of discontent in Ukraine, where President Zelensky apparently felt that the American warnings contributed to panic and economic damage.The latter stated: “There is an atmosphere abroad that is war here. That is not the case.”

What we know is that 100,000 Russian troops have gathered on the border with Ukraine, something the Ukrainian Foreign Minister says is not enough to invade the country. American analyst Fred Kagan also states that there areyet 175,000 troops would be needed to carry out such an invasion, similar to the number of troops with which the US and some allies invaded Iraq in 2003. In addition, he says Russian President Putin will need at least 325,000 Russian troops to control major Ukrainian cities in the event of a successful invasion, to put down uprisings. Kagan thinks that Putin will not take the step because of the difficult experiences with “urban warfare” in Syria and the American experience in Iraq. He is affiliated with the American Enterprise Institute , which supported the American invasion of Iraq, and was closely involved in important American military decisions in Iraq afterwards, so is one of the great experts in this field.

There are also less far-reaching options for Putin, such as the capture of the city of Odessa, but analysts say they also require a particularly large military effort. If Putin’s intent was just to impress, to divert attention from his waning domestic support, which is back at the lows of 2014 – just before the Russian annexation of Crimea propelled Putin’s popularity up – did he make it difficult? Without losing face, it is difficult for him to return, and less far-reaching options can also unleash an escalation. The US pledges to talk about reducing missiles, but Putin won’t get a quick win.

Does Russia have a point about NATO enlargement? At the end of last year , Russia asked NATO to stop deploying additional troops and weapons outside the countries where they were in May 1997. Poland and other Eastern European countries joined NATO in 1999, meaning Russia wants NATO to stop being militarily active there. In addition, Russia also wants the US to no longer deploy nuclear weapons outside its own territory – which means that the nuclear weapons that we have in Kleine Brogel should be removed.

These are simply extreme requirements, which therefore also threaten Western European security. Moreover, the West has never broken a promise to Russia by expanding NATO to the East, as Russia claims , although one might argue that the West should have been clearer about this.

arrek beg russia would rather not have a NATO member state as a neighbor, one can perhaps understand, according to the analogy that the US would probably also prefer that Mexico or Canada be part of a Chinese military defense union. NATO operation in Afghanistan . The big difference, however, is that Russia has occupied and suppressed the relevant Eastern European countries for half a century – after having liberated them from the Nazi yoke.

Russia, right, maybe better not invade countries for half a century before it has the right to complain. The Russian invasion of Ukraine in 2014 and Georgia in 2008 are unfortunately still fresh in our minds.

Does this mean that the West should blindly push through with NATO’s expansion into Ukraine? Strictly according to the logic of democratic self-determination, yes, on the understanding that Ukraine still has a long way to go to earn the trust to be included in a mutual defense alliance, with validot of general doubt.

Nevertheless, it is probably better to give preference to “realpolitik” in this case. We should not think it fair that the militarily strong Russia does not consider Ukraine a real country, but this is a geopolitical fact. Such considerations were constantly made by diplomats during the Cold War, in order to choose the path of lesser evil.

Can the Russian occupation of Crimea and parts of eastern Ukraine and parts of Ukraine be compared to Nazi Germany occupying the Sudetenland , and are those who justify this with the reference that mainly Russians or Sudeten Germans living in those regions are the new Chamberlains, who Putin and Hitler too late comment?

Historical comparisons are often nonsensical, here too. Comparing Putin to Hitler makes no sense, if only because there is no hunt echoes on specific populations in Russia. Moreover , British Prime Minister Chamberlain may have bought precious time for Western democracies to prepare for the inevitable war.

Large-scale military interventions always carry a high risk, as the American invasion of Iraq, which led to the creation of the Islamic State and attacks on home soil, demonstrate. In the case of military assistance to Ukraine, Western assistance would be defensive, but the question is whether there is much democratic support for this in the West. There is a reason why Ukraine is not yet a NATO member, and it is the fact that the country is still too little westernized, along with the justified fear that Russia considers it its backyard even more than the rest of Eastern Europe. Joining wars without democratic support is a bad idea.

There are two things the West can do. The first is to follow the Latin motto ” Si vis pacem, para bellum “, which means “If you want peace, prepare for war.” This certainly applies more and ever to the Benelux, Germany and Sweden , whose armed forces have been considerably weakened over the past three decades . The Belgian State brings in about half of the wealth produced, but renounces core tasks, such as defence, although improvement is on the way. Even if more money is not the only solution, large-scale savings within the government apparatus – ranging from the NMBS to the Flemish billion steinfor green energy certificates – are necessary to perfect our military strength. That includes hiring IT people and reversing the geopolitically risky nuclear phase-out, and let’s hope our German ally, increasingly dependent on Russian gas since the Failing “Energiewende”, sees the light in that area soon. If it is true that a Russian attack on Ukraine increases the chances of a Russian attack on us in the long run, deterrence is the Kremlin – today good friends with the new geopolitical superpower and China.

Second, we should not underestimatehow much Russian “dirty money” is in circulation in Europe – especially in London. According to an investigation by the British Parliament, the City of London provided “ideal mechanisms” for laundering illegally earned money. Many in authoritarian countries – members of the regime or those close to it – have their savings parked in the West, and sometimes they also have a Western passport, given the instability in those kinds of countries. It is obvious that a tough approach to this would also cause economic damage to us, and a judicial review is urgently needed, but crimes should not go unpunished just because they are overmedicated in foreign infiltration. It is therefore good to see that the United Kingdom is going to sanction Russian oligarchs in case of a Russian invasion of Ukraine.

The author Pieter Cleppe is editor-in-chief of BrusselsReport , a new website focusing on news and analysis related to EU politics.