ENGLAND IS THE COUNTRY WITH THE MOST MONKEYPOX CASES OUTSIDE AFRICA 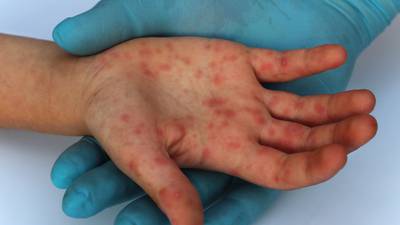 To date, britain it has the largest identified disease outbreak outside Africa, and most infections occur among gay and bisexual men.

However, health authorities warn that anyone, regardless of sexual orientation, is potentially at risk of contracting this type of smallpox if they come into close contact with patients, their clothes or bed linens.

Keep in mind that last Sunday, World Health Organization (WHO) reported that more than 20 of the countries that had not previously identified cases of monkeypox reported 780 cases, an increase of more than 200 percent since the end of May.

No deaths from monkeypox have been identified outside yet Africa.

According to the African Centers for Disease Control and Prevention, so far this year, more than 1,400 cases of monkeypox and 63 deaths have been detected in the four countries where the disease is endemic (Cameroon, Central African Republic, Congo and Nigeria). The genetic sequence of the virus has not shown a direct relationship to outbreaks outside of Africa.

The sudden detection of monkeypox in many countries “suggests that there may be undetected transmission for an unknown period of time, followed by recent amplifying events.”

With information from AP.