Dirty and fantastic in British politics 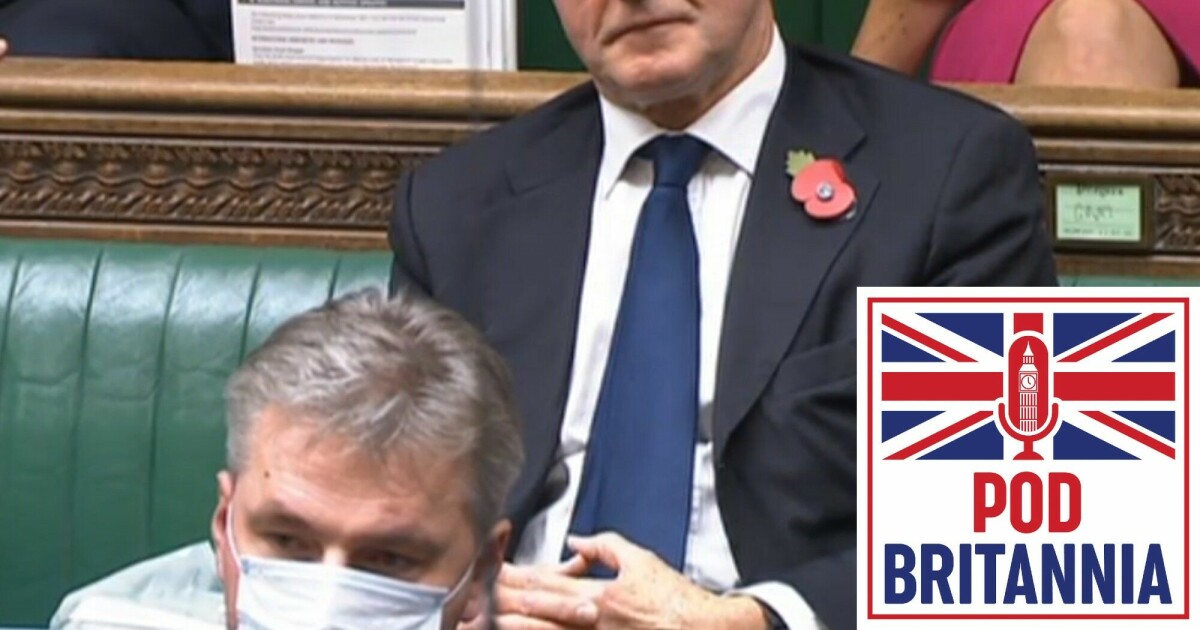 PODCAST: British Prime Minister Boris Johnson is struggling to calm his emotions after allegations of corruption and exploitation of public goods. This is the theme for this week’s episode of Pod Britannia.

It is hardly surprising that politicians’ use of public funds for private gain is also discussed elsewhere than in Norway. In the UK, this fall’s revelations have caused the tabloid press to sharpen their swords and election researchers to follow closely.

Something common, but much different from the Norwegian exchange of words about the merits of politicians.

Corruption in a broad sense

In England it is bad job a largely unifying concept of public immorality among elected politicians. The point is about political corruption, which is using public positions to gain special advantages.

As an individual case, this can be a fairly trivial question. But when they conclude and can be linked to a party or government, the boss of all has a big problem.

This is the situation now for Boris Johnson. Throughout 2021, there has been repeated declines in dubious judgments in its own government apparatus. Much revolves around public spending during the pandemic.

British authorities have spent a lot of money on infection detection, emergency preparedness and vaccinations. Some have been very successful, while other initiatives have not.

The money that has been given to private providers of needed infection control equipment comes from less successful initiatives. And it is precisely in this field that allegations of corruption following the process behind contracts and the use of public funds are revealed.

The path has been short from conservative ministers and secretaries of state to friends in business who “must have something to contribute”. Critics of the government have called unsolicited meetings and private text messages a sign of friendship.

Former Prime Minister David Cameron is among those who have come under fire – not for immoral behavior from within the government apparatus, but for intense and well-paid lobbying from outside, on behalf of Australian financier Lex Greensill.

The storm that has characterized British politics over the past two weeks, however, did not originate with the government. It was about one of the Conservative Party politicians in the House of Commons. Owen Paterson was investigated by a control body set up by Parliament itself.

Paterson’s allegation has lobbied the government on behalf of two companies in the private business sector. A one-month suspension from the House of Commons was a proposed sanction, and the parliamentary committee responsible for standards and guidelines agreed. Then the memory space starts.

Members of the Conservative party group in the House of Commons were instructed to reject the proposed sentence and at the same time advocate for changes in the way MPs act properly.

In this way, a narrow majority in the House of Commons acquitted Paterson and proposed greater trust in politicians’ own discretion when they took paid jobs outside parliament.

The reaction was violent, and a day later the government turned around and Paterson jumped into the sea – not in suspension, but out of politics as such.

What can politicians have?

Two weeks later, the UK is still debating whether something should really be done, and then not towards softening, but tightening. In the new year, legislation may come that would prohibit MPs from having other employers in the private sector.

Meanwhile, a list of politicians with significant salaries such as advisers, board members and lawyers has been published. Most of them are from Boris Johnson’s Conservative Party, and some jobs are in the gray zone as to what lawmakers are allowed to do under current legislation.

Prime Minister Boris Johnson is now living with a political storm brought on by unfortunate disclosures and clunky political expertise. The judgment has not been conclusive, especially since the allegations of fraud and fantasy have a prehistory linked to his own party.

Gloomy memories of the fall of a government

In British politics in the 1990s, fraud and moral decay were associated with the Conservatives and interpreted as an image of a government headed for collapse. John Major, prime minister at the time, experienced a series of revelations of corruption and a lack of vision in his own government.

It made the job easy for then opposition leader Tony Blair. There are people who think they are above law and morality, Blair said. His own flock could be described as unadulterated and ready to serve the country.

The Labor Party may not be so innocent either, and in 2009 a major scandal surrounding operating funds and reimbursement schemes contributed to the disgrace of the entire political elite. Public funds are used for the most extraordinary and very private purposes.

Today, however, it is against Johnson and his government that these suspicions be corrected. Election researchers show divisive support and discuss whether the effects of weakening confidence in the government will last into the next election. Only time will tell if it lasts long. The Major trail is at least the last thing Johnson wants to ride again.

You can hear the episode on Apple Podcasts, Spotify or on the website britiskpolitikk.no, which is behind the podcast.

We’d love to hear from you!

PLEASE CONTACT HERE
Do you have any feedback, questions, praise or criticism? Or tips on something we should write about?