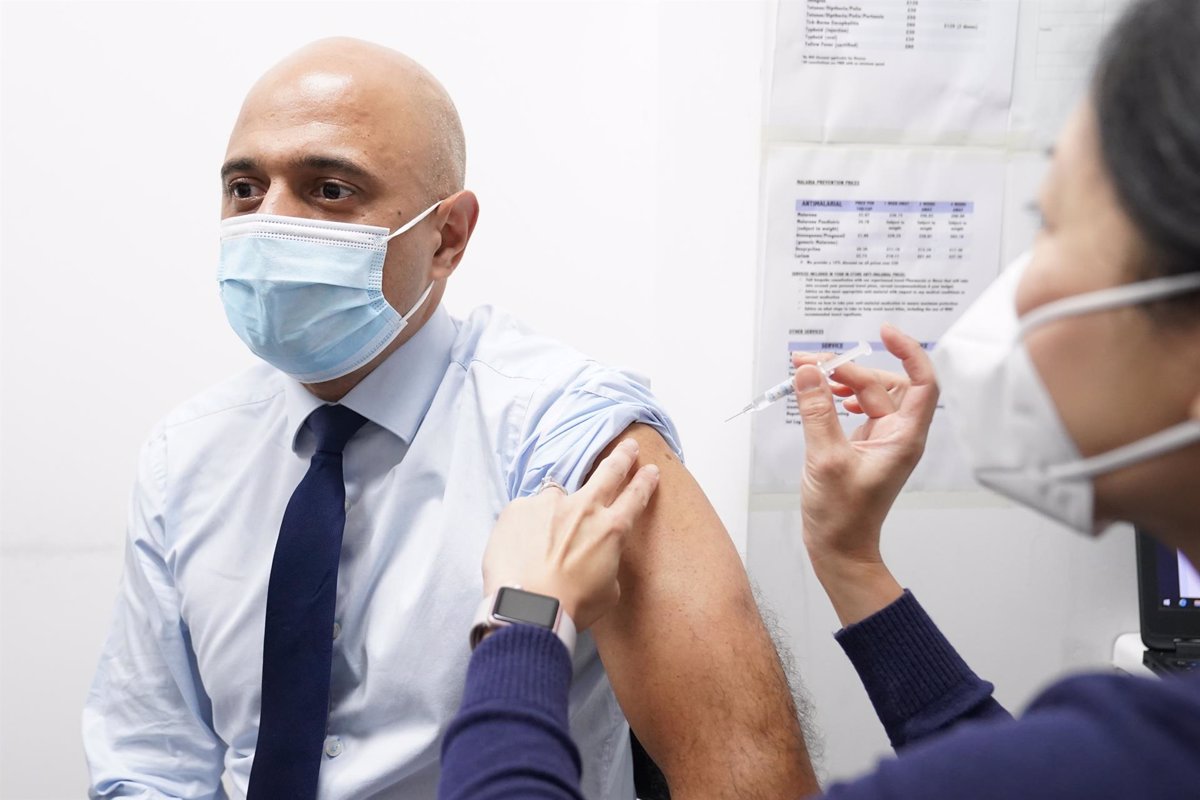 UK Health Minister Sajid Javid announced on Tuesday that public health workers working on the front lines should be vaccinated against the coronavirus as a fundamental requirement to continue their work.

“They have a unique responsibility,” stressed Minister Javid, who defended the move as a way to “avoid foreseeable harm.” Only personnel not working in public will be exempt from the new rule, which is slated to take effect on April 1 next year.

The UK Government measure will apply to the UK’s National Health Service (NHS, for its acronym in English), as well as in other sets of social care spaces regulated by the Commission on Quality of Care (CQC), such as in parent centres, where their workers must had received two doses of the coronavirus vaccine before this Thursday.

“We must avoid predictable harm, protect NHS patients, workers and, of course, the national health system itself,” Minister Javid said during a session of the British Parliament, where he reported that 90 per cent of the healthcare workforce was vaccinated. .

On the opposite side are the more than 103,000 NHS staff in the UK who remain unvaccinated, plus 105,000 home care workers. “It is difficult to know how many of them agreed to be vaccinated,” Javid said in a statement compiled by the Sky News network.

However, Javid would like to clarify that no one on the NHS staff who has not been vaccinated “should be a scapegoat” or “named or humiliated”, as “that is completely unacceptable”.

“It’s about helping them make positive decisions to protect the most vulnerable, to protect their comrades and, of course, to protect themselves,” stressed the minister, who believes the move will bring down the number of unvaccinated people as he did. . when she was forced to work in a nursing home.

“If we look at what’s happened with social assistance, nursing homes, since this step was announced, there’s been a significant decline and I really think that’s what we can expect,” said Javid, who forecasts a decline among the unimmunized in centers this went from 88,000 to 32,000 at the start of last month.