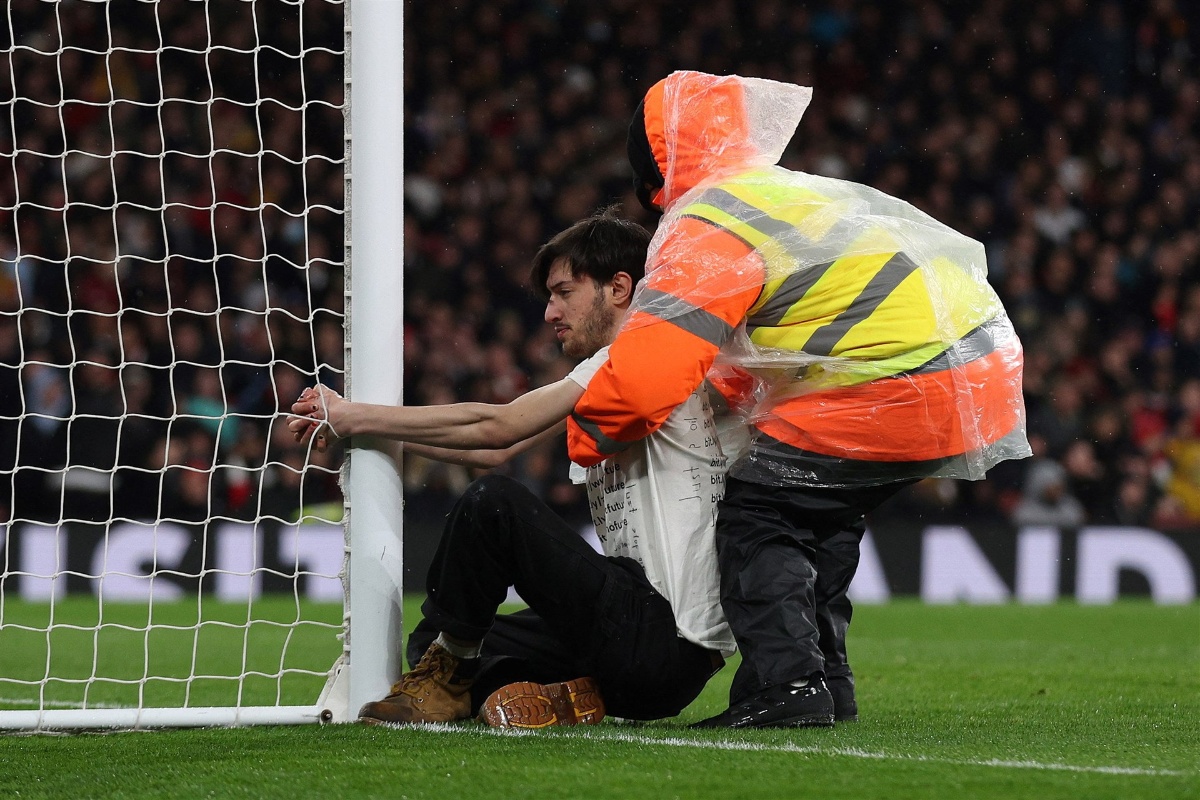 Fans find it annoying. An activist has just run onto the pitch during a football match between Arsenal and Liverpool. He clung to the goal post. The referee must pause the match. Cheers as activists are taken off the field: the game can finally begin.

Two other matches in the conservative Premier League were halted the same week by activists linked to Just Stop Oil. Wolves football club goalkeeper becomes angry and shouted at the boy.

Kai, a 20-year-old law student at the University of Manchester and one of the activists, wore a shirt with a link pointing to videosIn this video, taken just before he storms onto the pitch, he says he’d rather not do this, but if we continue like this, we’re risking everything. I would like to believe that the government is doing what is best for us, but at the moment they are not. They invest in oil and gas. They make the situation worse.’

Louis, a 21-year-old engineering student, managed to tie himself to the post with a tiewrap the day after Kai. “My generation is falling apart – we have a livelihood crisis, a housing crisis, a fuel crisis and an uninhabitable planet – but we have a choice. We can choose to emphasize that our climate is collapsing, we can choose to fight this government, we can choose to act rather than watch.” pleaseright

When the promotion reached RTL Nieuws, most of the reactions on Instagram were: ‘but the ties are also made of oil!’