Britain’s imperialist image is not so crazy: but 24 countries of the world have escaped Britain 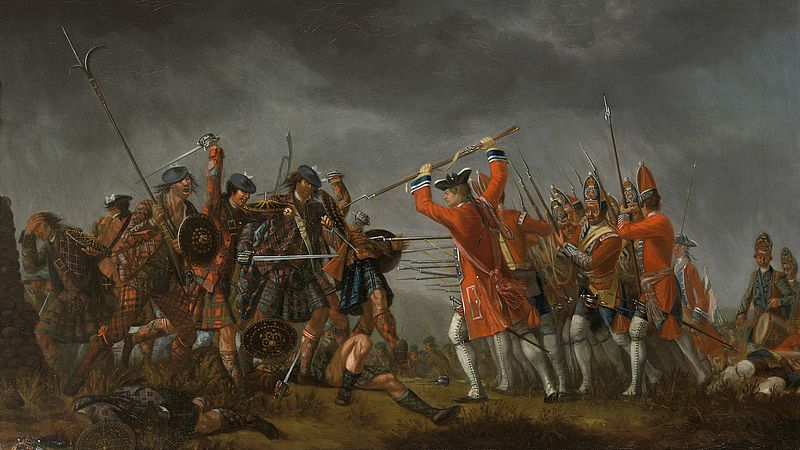 In talk show M, journalist Tom Egbers said there are only seven countries in the world that have never been occupied by Britain. A number that begs the question, because there are so few? According to historians, the number is slightly larger.

In ‘Toms Scotland’ Tom Egbers goes in search of Scotland’s vocation to become independent from England. He said about it in M, about Britain’s imperialist image: “Britain is an imperialist nation. I believe there are seven countries around the world that have never been occupied by Britain or others.”

‘Large parts of the world were never colonies’

But are the numbers correct? “My first reaction was that it didn’t make sense,” said Remco Raben, professor with a special designation on colonial and postcolonial literature and cultural history at the University of Amsterdam.

“There is a very large part of the world that has never been a British colony,” he explained. “Most of Africa, for example, almost all of South America and much of Central and East Asia.”

“But Egbers added something else, namely ‘or vice versa’,” said Raben. “If you look at all the countries in the world, there are now 195, and if you take all the countries that have ever been attacked by Britain or had some sort of military presence or occupation, you’re close to 171 countries.”

“Then you have 24 unoccupied countries,” he explained. “So Egbers is still exaggerating a bit. But then you get close to seven.”

After all, Britain was – and is still imperialistic. The United Kingdom currently consists of England, Wales, Scotland and Northern Ireland. “You also have a series of overseas territories,” said the former correspondent and presenter Overseas office Tim de Wit.

“Those areas do come under British sovereignty, but they are not part of it. These are, for example, Gibraltar, the Falkland Islands and the British Virgin Islands.”

There are also sixteen countries where Queen Elizabeth II is still head of state, De Wit said. “These are former colonies that have never distanced themselves from the Queen of England. They are completely independent. They include Australia, Canada and Papua New Guinea.”

These countries, along with other countries, come under the Commonwealth of Nations – formerly the British Commonwealth. 53 independent states cooperate in the voluntary partnership, with Queen Elizabeth as the symbolic head. Most Commonwealth states are former colonies and mandated territories.

The most lively discussions in Scotland

Scotland’s call for independence is strong, says former correspondent Tim de Wit. This feeling is also present in other countries in Great Britain. “In Wales you hear these voices too, there are also some independence parties there but there is a lot less movement there.”

Northern Ireland has a different story. “There too you have a sizeable independence movement. Irish Catholics in particular and the big political party Sinn Féin want the country to join Ireland,” said De Wit. “In that sense you see that in all those countries, except England, there are discussions of independence. But in Scotland the discussions are lively.”